Terrestrial season has been good this year, perhaps better than most. I could hypothesize as to the reasons behind that, but the fact remains that a lot of quality fish are being caught on terrestrials both on the Caney Fork, the smallmouth bass streams, and of course in the Great Smoky Mountains National Park. Hoppers, beetles, ants, and inchworms are all working at various times in each of these locations.

Terrestrials on the Caney Fork River

A recent Caney Fork River float trip is a good example of the fishing we have been experiencing lately. The day started off slowly compared to some better times on the river. The midge fishing is only average as of late. This is largely because of the extended high flows on the river. The overall numbers of trout in the river are way down due to predation by striped bass. Some anglers will notice this and others will not. It all depends on where you are fishing.

As we moved down the river, we started finding some better fish. Just past the halfway point, we had switched to fishing terrestrials and the fish were responding well. The first exciting moment happened when a large brown trout slammed a hopper. The fish ran up and down the river but finally slid into the net and we were able to breathe again. Pictures were taken and then we watched the fish swim off to be caught again another day. 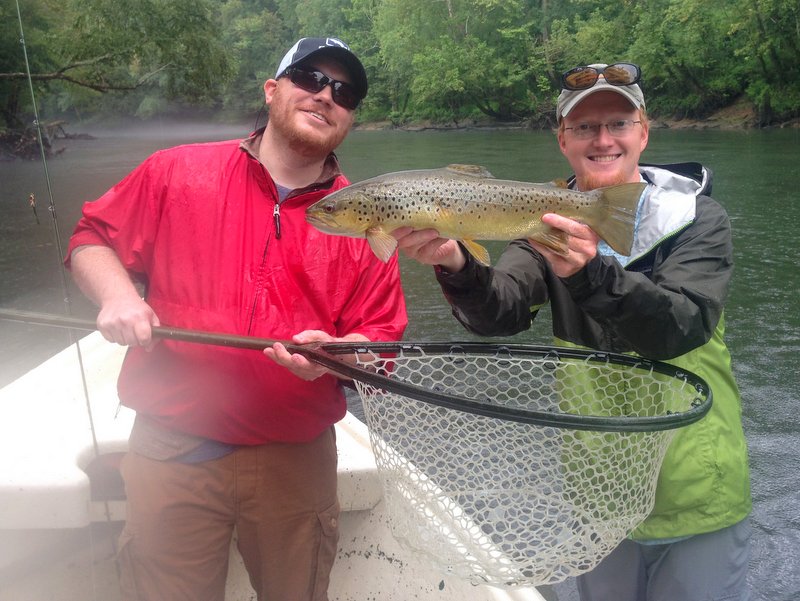 Shortly after that, the generation caught up with us and we had to switch gears a little. I had a place in mind to target fish on rising water, and that is where we headed. We pulled in to the spot and were soon covering water again. One great brown trout came over to look but refused to eat so we drifted down to another spot.

After waiting for a few minutes, I decided to return and see if we could get that nice brown trout. As we moved into position, the angler in the back of the boat made a perfect cast up under some overhanging branches. Something toyed with the dropper fly, but a solid hookset resulted in absolutely no resistance. Three or four casts went exactly the same. Something was down there playing with the fly, but we couldn’t get a solid eat.

I was starting to suspect bluegill but that was quickly disproved. A solid eat resulted in hooking a big brown trout and we were chasing another fish. This fish had a lot more cover to work with, but somehow we managed to work it out into open water and wear it down. The fish slid into the net and we had our second 20″+ brown trout of the day. Plenty of fish were caught, admittedly not as many as you might catch in May, for example, but it was still a really good day on the water during terrestrial season. 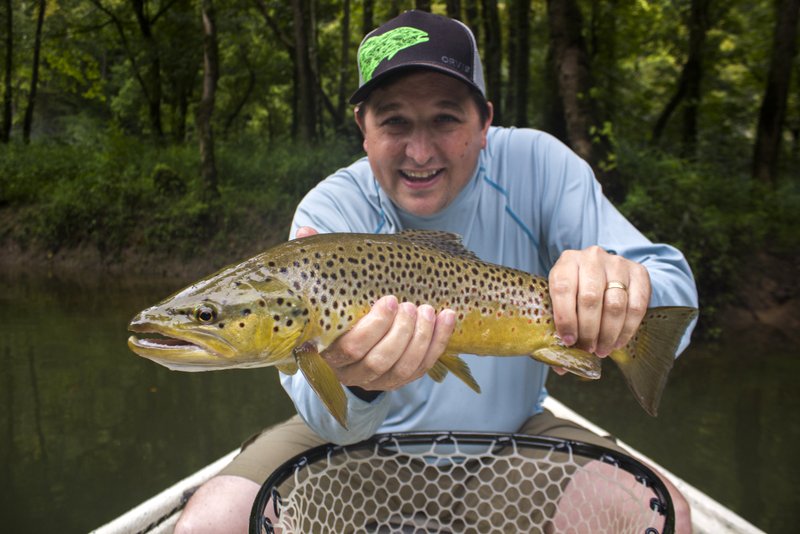 Anglers who are not catching large fish are probably not putting in enough time to locate and then stalk these fish. Going with a guide who is on the river every day and has the address for these big fish definitely tips the odds in the angler’s favor.

The summer months are prime time for terrestrials in the Smokies as well. Hoppers, ants, inchworms, and beetles should all find a place in the serious angler’s fly box. If I had to pick one terrestrial to never be caught without, it would be a black ant. If I picked one from that list to discard, it would be the hopper. Still, there is a time and place for each of these.

Recently, I have spent a lot of time on the brook trout streams. The warm summer months that coincide with terrestrial season are a great time to head for smaller streams. Without going too far into the ethics of fishing the mountains in summer, I would suggest to simply carry a thermometer and choose a different stream if the water is warmer than 66-67 degrees. Certainly do not fish in water that is 70 or warmer. While some people are still fishing the low elevation streams, it is best to leave those alone until the water cools if possible. 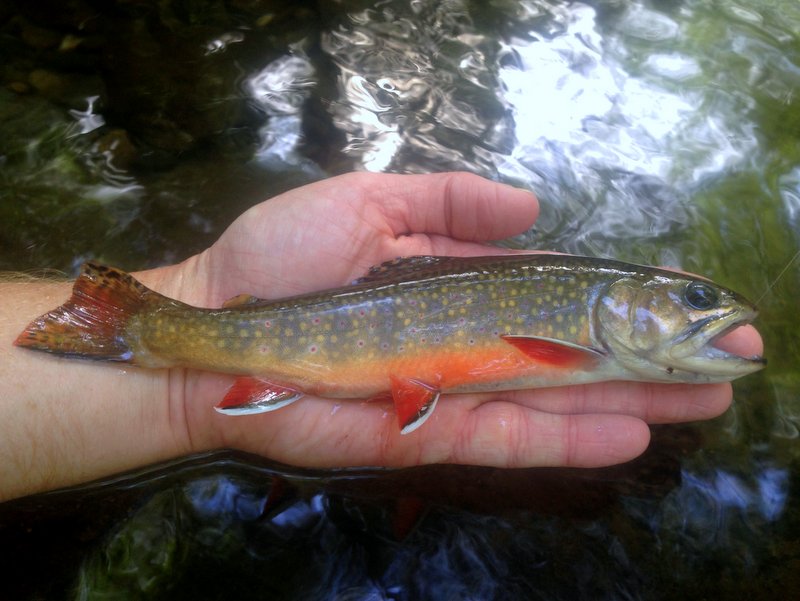 While big topwater eats are about as exciting as it gets, my “secret” tip is to fish subsurface terrestrials at least as much as you fish them on top. Fish an ant or beetle or inch worm just like you would fish a nymph. Get creative at the fly tying bench as well. These fish have seen a lot of flies at this point in the summer. Showing them something a little different can make the difference between success and failure.

Finally, think about the action you might need to impart on your fly. Terrestrials are usually still alive when they fall into the water. Don’t be afraid to give those flies a twitch or two. Sometimes a little movement is just the trigger that the fish are looking for!