Tremont is a favorite among Great Smoky Mountain fly anglers. Middle Prong of Little River is the full name, but most anglers call it Middle Prong for short or Tremont. The name Tremont originated in the logging days and was the name of the community at the end of today’s gravel road. The Great Smoky Mountains Institute at Tremont is what most people think of today when they hear the name Tremont. One thing is for certain, however. If you are an angler, you think of good fishing when you think of Middle Prong. 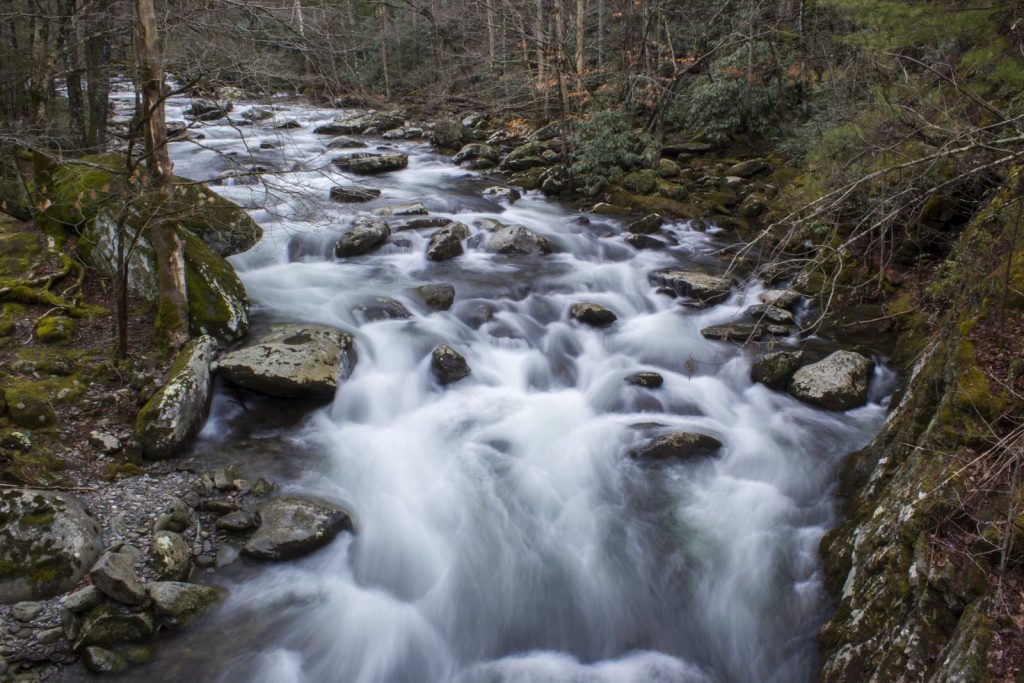 Insect hatches are more diverse on this stream compared to many streams in the Smokies. This is largely due to runoff from the gravel road above Tremont which raises the PH of the stream. The limestone gravel roadbed enriches the stream and allows some mayflies to flourish here that are not often seen in the Smokies.

The paved road leading up to the Great Smoky Mountains Institute follows the stream closely. This two mile section is home to both rainbow and brown trout, although the rainbows definitely have the edge in numbers.

The cooler months are best for fishing lower Middle Prong. The water becomes warm during the summer. Accordingly, trout either hunker down in the deepest pools or migrate upstream to find cooler water.

Large pools dominate on lower Middle Prong and usually contain the most and best trout. The pocket water here has limited numbers of fish. This is because overall fish numbers are lower which allows the resident trout to only occupy the prime lies. That said, there are some quality trout on lower Middle Prong. Large brown trout have been caught from these waters. Rainbow trout of 12 inches or better are also caught relatively frequently. Your average catch will still be a 5-10 inch rainbow trout.

The middle reaches commence just below the Institute at Tremont and continue up to the Chutes immediately above Spruce Flats Falls. This section is short at around a mile and a half, but contains some quality water. Some of the largest brown trout ever caught in the Park have come from these waters. These large fish are elusive and migratory, however, so anglers should expect the usual rainbow trout in this section as well. 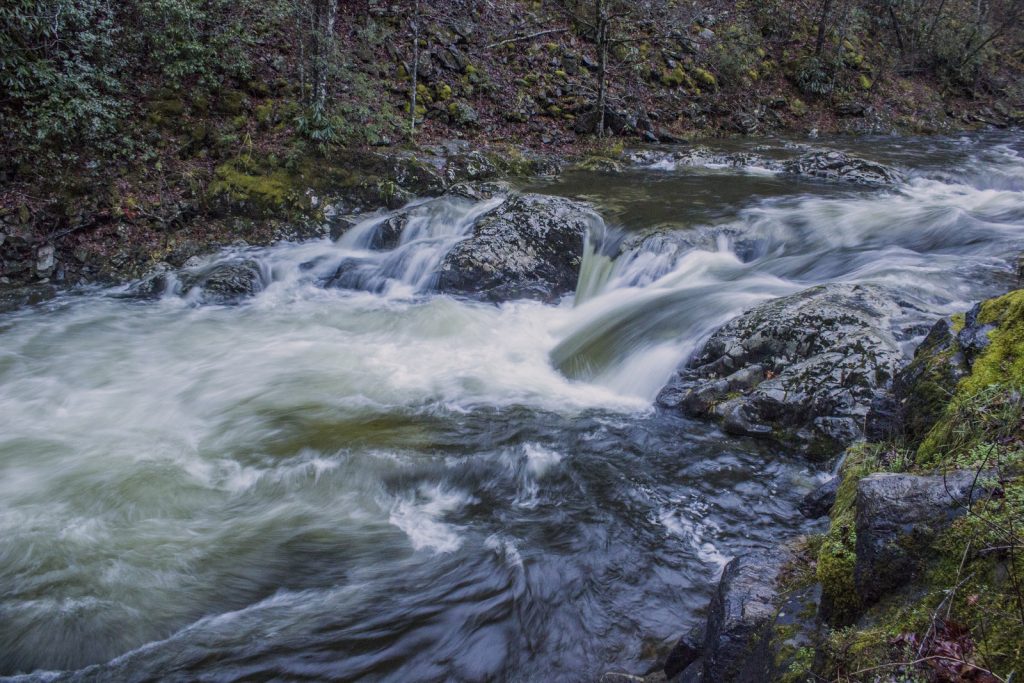 This section contains both large pools and, increasingly, pocket water. The plunges and pools in the vicinity of Spruce Flats Falls tumble over hard bedrock ledges. Immediately upstream from this section, the river quickly changes character to classic Middle Prong pocket water. Skipping the middle and lower reaches is a good idea for anglers simply wanting numbers of fish.

The upper portion of this stream begins where Thunderhead Prong and Lynn Camp Prong merge to form the Middle Prong of Little River. From here downstream to the Chutes, there are approximately two miles of water. This stream is a joy to fish because the pockets and pools are small enough to not be intimidating. The water still contains some nice trout. Brown trout are much rarer in this section so your catch will almost exclusively be rainbow trout. The size of this stream means that dry flies, dry/dropper, or nymph rigs will all work well. In the summer, terrestrials are very important here. We recommend fishing an inchworm and ant in tandem or a beetle.

The best thing about this entire stream is how accessible it is. Anglers staying in Townsend can leave early in the morning while the family is still asleep, fish a couple of hours, and be back in time for breakfast. Between the great insect hatches and intimate water, Middle Prong is an excellent choice for anyone wanting to fish in the Great Smoky Mountains National Park. 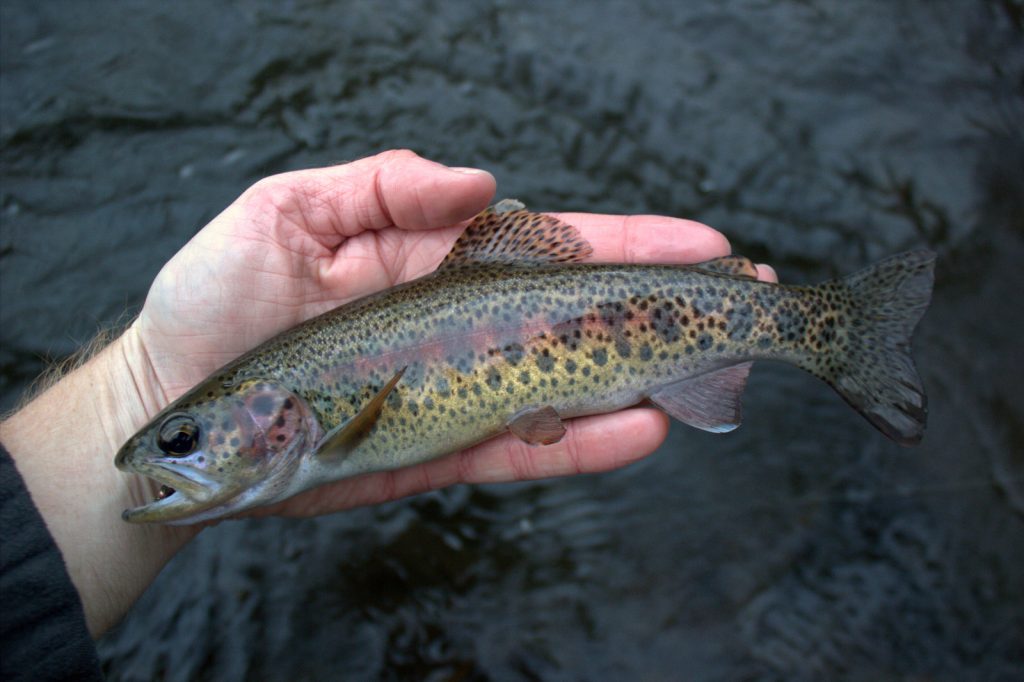