Welcome to the Photo Gallery

This photo gallery features great catches from Trout Zone Anglers guided fly fishing trips as well as fly fishing scenic shots, pictures from my own fishing, and more. Pictures are taken mainly from the Great Smoky Mountains National Park, Caney Fork River, Clinch River, and Holston River. Some other photos in this photo gallery are from my trips out west to places like Colorado, Utah, Wyoming, and Montana. All photos are © 2016 David Knapp Photography and may not be reused in any form without express written consent.

If you are interested in being featured in the Trout Zone Anglers Photo Gallery, book a guided fly fishing trip with me today for your chance at the fish of a lifetime. I offer guided walk/wade and float trips on the Caney Fork River for those looking for larger fish. If you want to enjoy America’s most visited National Park, a trip for wild or native trout in the Great Smoky Mountains might be what you are looking for. 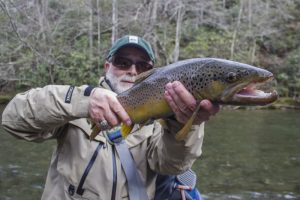 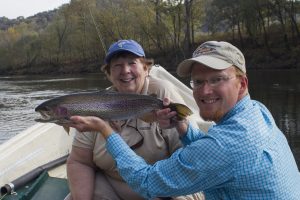 Sherian was at least as excited about this fish as I was. It turned out to be the largest fish of the year caught on one of the Trout Zone Anglers guide trips on the Caney Fork River. Congrats on a great rainbow trout Sherian! 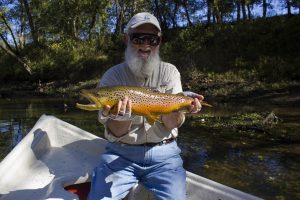 Gary has been on the boat a few times, and was looking to catch some big fish. He had already caught a big rainbow trout when this beastly brown trout decided to eat his fly. 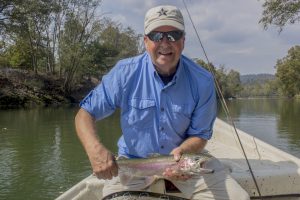 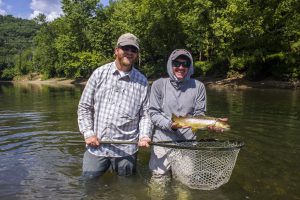 Jayson also caught a 20″ brown trout on his day on the water for his bachelor party. Here one of the groomsmen gives the assist with the net. 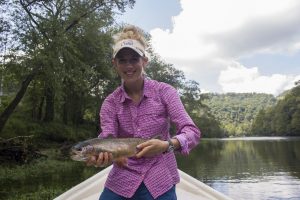 Hailey and her husband Jayson were on the boat with the goal of getting Hailey into some larger trout. She did a great job on this 20″ toad! 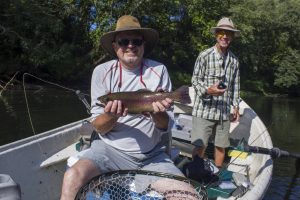 Don caught several nice trout during his Caney Fork float trip. This rainbow was one of the fattest I’ve seen. 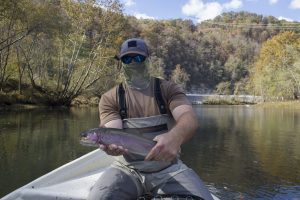 Mike was looking to polish his fly fishing skills. He managed a couple of really nice trout including this big rainbow trout during his Caney Fork River float trip. 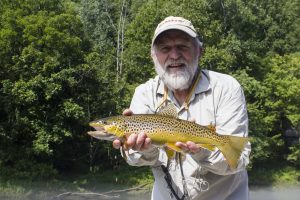 Bill has an affinity for big brown trout. He found this one as well as some other great fish on the Caney Fork River in 2016. 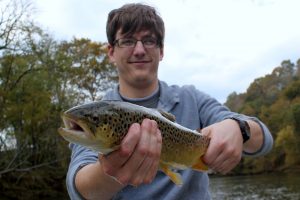 Eric is new to the sport, but it didn’t take him long to start catching big brown trout. Great job Eric! 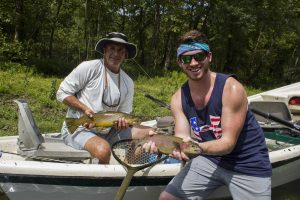 Tim and Andy were excited to be on the boat. Tim had been after a big brown trout for a while, and Andy was new to fly fishing. Imagine my surprise when they doubled up with these two monsters!

Jayson got out on the boat as part of his bachelor party trip. He was successful with a 20″ rainbow trout. 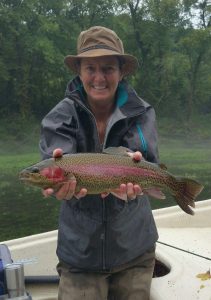 Deb caught two big fish during her float trip. The other one may have been a little larger, but you won’t find a prettier rainbow trout than this one. 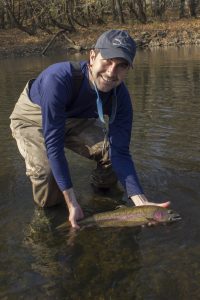 Andrew was looking to get out, relax, and hopefully catch some nice trout. He joined the 20″ club with this monster rainbow trout. 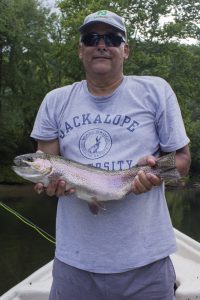 Jeff caught one of the largest rainbow trout of the year on his float. Even though he is fairly new to the sport, he hooked and played this fish like a seasoned pro. He found some other big fish as well on his float trip! 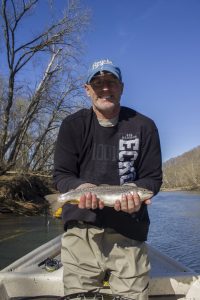 Pat is a regular on the drifter and found one of this best Caney Fork brown trout early in the year. Great catch! 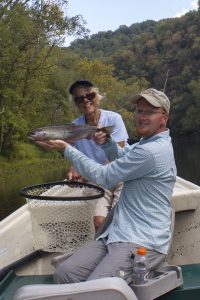 Sue came to try out fly fishing for her first time. In addition to a big 18″ rainbow, she also hooked and landed this 20″ beast of a rainbow. The fish jumped several times, but the knots held and Sue did a great job of getting the fish under control. 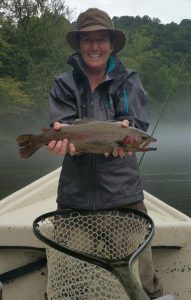 Deb took a float trip for her birthday with the hope of catching some big trout. Mission accomplished when this rainbow hit like a freight train. 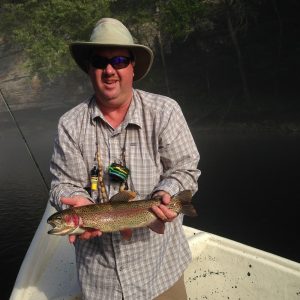 Another of Shannon’s big rainbow trout. All of his fish were caught while sight fishing which is as much fun as it gets! 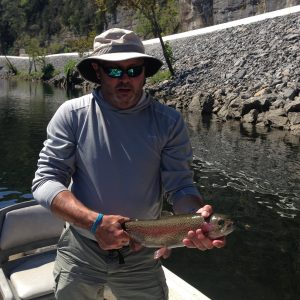 Mike lost a big heartbreaker rainbow trout, but this big consolation prize wasn’t too bad either. 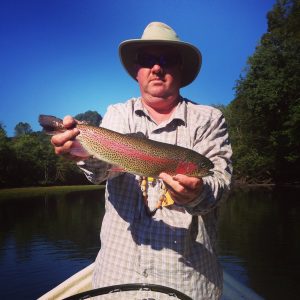 Shannon caught 3-4 big rainbows on his float trip. This is one of the prettier fish he got that day.